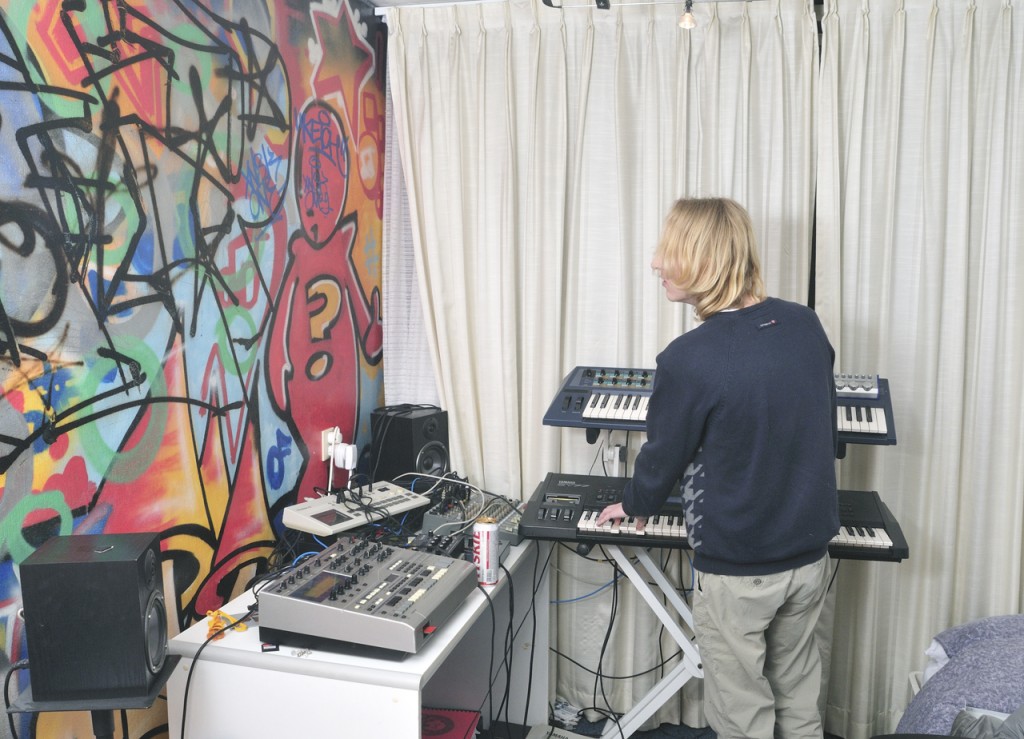 Plieuw started his musical endeavours in 1990 with his Atari-ST(thanks dad). He thought himself how to read notes, and how to make musical nonsense out of them and of course to make a basic 4X4. A few months later Plieuw got his first sampler from a friend of his older brother, Ruben who is now producer of the Dutch POP act Partysquad(thanks Ruben). This sampler really made a change for Plieuw and was his first step into crate-digging. He noticed that sampling beats and playing them at higher speeds he could make some killer beats, Then years later people said I made Jungle music but more static and with a hardcore feeling. Nowerdays this is called DNB(drum n bass) by music marketeers. As years went by Plieuw started making tracks on the PC with tracker programs like Fasttracker and Axs. In 1997 some of my friends bought a real synthesizer, that was the eye opener Plieuw needed. I started saving money for my first synth a Yamaha AN1X. This thought Plieuw the basics of synthesis. With this knowledge Plieuw started working on some DSP stuff in Synthedit and made some virtual instruments(vst plug-ins) for his own use. Armed with deadly plug-ins plieuw did his first live show in Amsterdam in a band called theforfreshmen@Vaaghuyzen 2004. In 2006 Plieuw has made a underground track for Plattegrondrecords under his manic alter-ego Pliew called huisvredebreuk.
www.myspace.com/plieuw
www.soundclick.com/plieuw